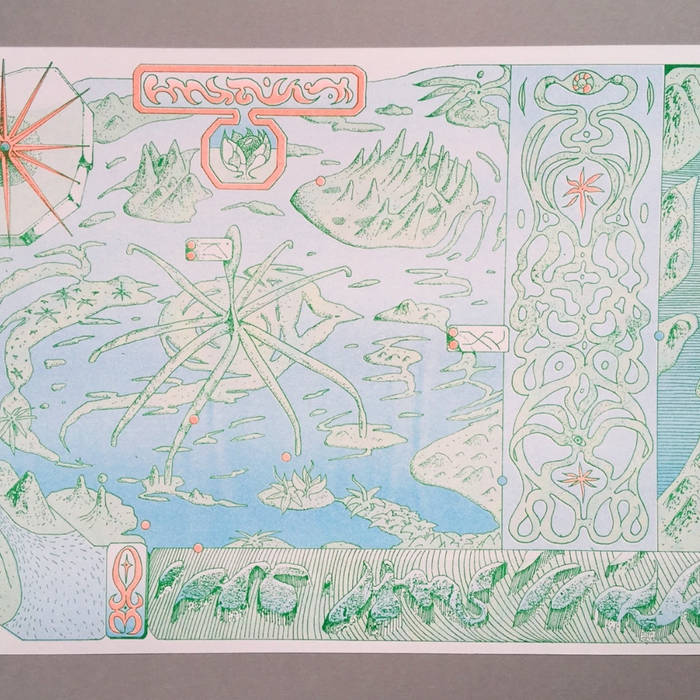 “The title of the album is taken from Parmenides 'On Nature' poem. I found limitless motivation in the idea that existence and thought are the same thing. The arbitrariness of the language, the abyss between the signifier and the signified assures us that the role of syllables and their combinations is to connect an idea to an acoustic image rather than to the thing itself. What would happen if we emptied our lyrics of all meaning? Then maybe all those unconscious/abstract structures that dictate our behaviours could be observed. This is why in this musical project you will hear electronic voices singing in a language that has context nor history.

The voices on the album are coming from a speech synthesiser which recreates the sound of 80′s voice synthesis chips. Throughout the album I have explored 5-note tonic scales , which are widely found across various ancient musical traditions. The exception to this is the title track “On Nature”. There I used a 7-note scale beside quarter-tone tunings. These tunings were actually forbidden by the Dictatorship of Ioannis Metaxas (1936-41). Back then our politicians decided that Greeks should expel any Oriental characteristics to enter the Western Civilization. They would also control the Lyrics, anything politically controversial would be banned. As a result, we had the immediate death of the spontaneous Rebetiko, the only original urban musical form our country has created since then. Similar ideas about prohibiting specific musical modes you can find in Plato's works also. However, these kinds of modes would always survive through our traditional music, and the local festivities as they are connected with the roots of the Byzantine chanting as well as religion.

Philosophically you can regard this music as an interpretation of the ideas of Ferdinand de Saussure - Structuralism and Deconstruction. It is an approach concerned with the traditional music of the area and linguistics, where Greece stands as a crossroads and possible future intelligences. I was interested to hide a fundamental philosophical question in the music which would have the same qualities and immediacy as the authentic local music of my area. For the album I recorded a collection of approximately 50 short tracks, from which the final 9 tracks were chosen. In the making of the album I used Yamaha PSR A3000 Oriental, VST instruments, a Vermona spring reverb and recorded direct to a Tascam 688.”

Bandcamp Daily  your guide to the world of Bandcamp

Serena Cherry debuts her black metal project, plus a Pick from the Crypt block from Svalbard